The Kindergarten children and faculty witnessed some very strange happenings during the month of March. Funny little voices were heard throughout the day, supplies for science experiments were left overnight and the computer screens were playing tricks on our eyes. We decided it must be visiting Leprechauns responsible for the odd occurrences.

The children tried to trap a few of these mischievous wee friends, but were not able to outsmart them. Students and teachers discovered they were locked out of the rooms upon arrival at school on Friday morning. Not even Dr. Powell or Captain Bill Herlong could gain admittance with their master keys. The secret to opening the classrooms was finally revealed, but the messes awaiting us in class were unbelievable!

During our clean up mission we found yummy treats left behind by our little friends and decided that hosting leprechauns was actually rather fun! 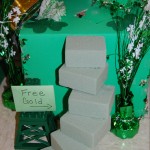 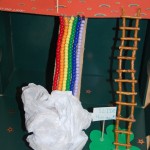 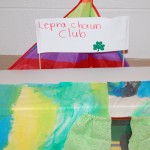 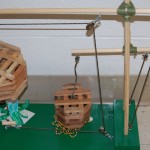