Photos of the Week: Castles and Native Americans 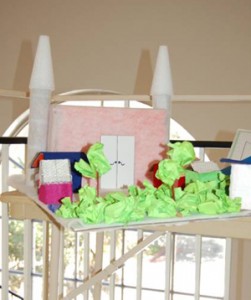 Building Castles in the Air?
Following their study of The Lion, the Witch and the Wardrobe, TCS 5th grade students created fantasy kingdoms complete with a castle, maps, laws, currency, a coat of arms, and characters. “I call this my blood, sweat, and tears project,” says TCS 5th Grade Teacher, Kathy Whitman. While fantasy castles seem like the stuff daydreams are made of, Whitman says this annual 5th grade event is a “a real-world project.”

Miss Whitman created certain elements of this project to mirror C.S. Lewis’s masterpiece and, at the same time, be a group project to help students define within themselves their own areas of strengths and weaknesses. “Students recognize their own strengths and weaknesses and see the same in others, too, while working on this project,” she says. “Group members have to cooperate, collaborate, and sacrifice time to create a product. They begin to understand that we need each other. We all rely on others to accomplish a task.” 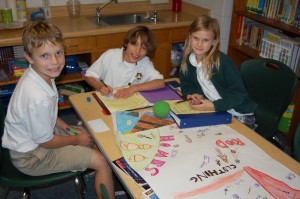 Groups of three to five students became “experts” on their Native American tribe. They researched topics including where the tribes lived in Florida, what they ate, and their culture and beliefs. Then groups created posters and presented their findings to the class.

“This year students learned more,” says Mrs. Harrison. “Becoming an “expert” on one group helped them learn about the other Florida tribes by comparing what they learned to other groups’ discoveries.”