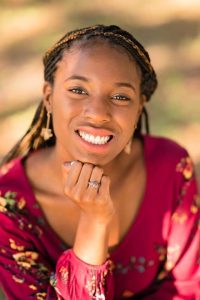 Congratulations to Kayla Costin, TCS class of 2016, whose essay, An Investigation into the Welfare and Environmental Impacts of Equine Track Systems, was selected as the Juror’s Choice winner for the 2021 Libraries’ Undergraduate Research Award at the University of Georgia. These awards provide cash prizes for excellence in research and academic inquiry. Kayla’s selection note read, “The judges were impressed with the creativity and scholastic sophistication expressed in your research process and award essay, specifically your excellence in a formative research that will lead to deeper study.” 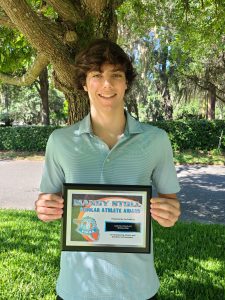 Congratulations to Dylan Umpierre, TCS Class of 2017, who was named the Boone High School 7A classification boys’ winner of the 2021 Mandy Stoll Award. The award, given by the Florida Interscholastic Athletic Administrators Association, honors athletes that excel in both athletics and academics. It is the most prestigious award that the FIAAA offers, and only five male student-athletes are recognized throughout the state of Florida. Dylan is a 4-year member of the Braves water polo program, captain of the squad the past two seasons and has over 170 goals in his career. He helped lead the team to four District Championships as well as a Metro East Championship this year and was named to the 1st Team All-Metro squads in both his junior and senior seasons. Dylan has been a member of the Boone swim team the last three years. He carries a 3.76 unweighted and 4.93 weighted GPA, is a member of the National Honor Society, has been named an AP Scholar and is an Eagle Scout. Dylan will attend the University of Florida in the fall to study aeronautical engineering.
Way to ROAR, Kayla and Dylan! #ONCEALIONALWAYSALION